Dexter found his calling after he proved too sociable to be a drugs dog, but he is thriving in his new role bringing positive vibes and lifting the sprits of officers and staff who are going through difficult times.

Even though Dexter is new to this role he has already made a difference. He visited the PMART hubs across the Met during the height of COVID-19 providing a welcome distraction and raising morale. During Mental Health Awareness Week in May, Dexter visited each of the Taskforce Hubs across the Met giving officers and staff the opportunity to talk to each other openly, raise any concerns regarding their wellbeing and find out how to get help and support.

“The response I have when Dexter works his magic is really positive,” says Dexter’s handler Mike,“Interaction with dogs has been scientifically proven to lower heart rate, blood pressure and increase levels of the stress reducing hormone oxytocin which decreases production of the stress hormone cortisol. When Dexter enters the room the mood is instantly lightened.”

When Dexter is not working he loves nothing more than chasing his ball on a rope, a frozen carrot or two and having a well earned cuddle. 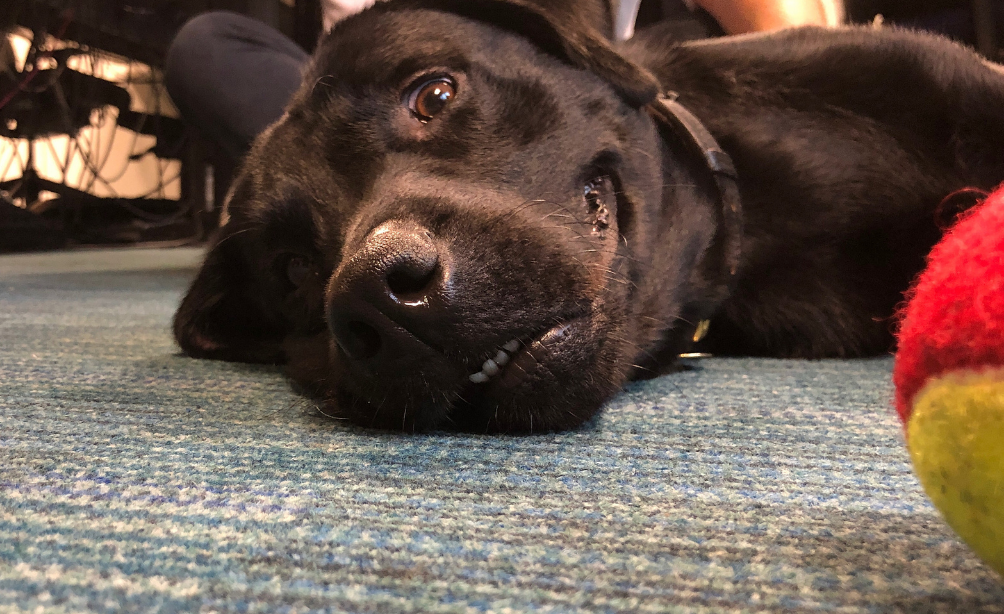 Dexter can really make a difference during tough times

After the sad death of one of their colleagues – a team of officers and staff were invited to a wellbeing day where they could meet wellbeing experts and representatives from charities and organisations who could provide them with advice and support.

One officer who attended said:

The highlight of the day for me personally was meeting Dexter and Mike. Dexter is a star, bundles of energy and such a loving dog. I threw a tennis ball around the briefing room for him and he jumped up for cuddles and enjoyed a belly rub and a scratch behind his ears.

Spending time with Dexter allowed my mind, which was like a washing machine on spin dry, to just calm down and stop thinking about what had happened.

I couldn’t recommend Mike and Dexter enough, meeting them both and spending time with them helped me during a tough time.

Dexter is now available to book by any team across the Met who have experienced a traumatic event, whether in or out of work or been subjected to continuous high levels of pressure. 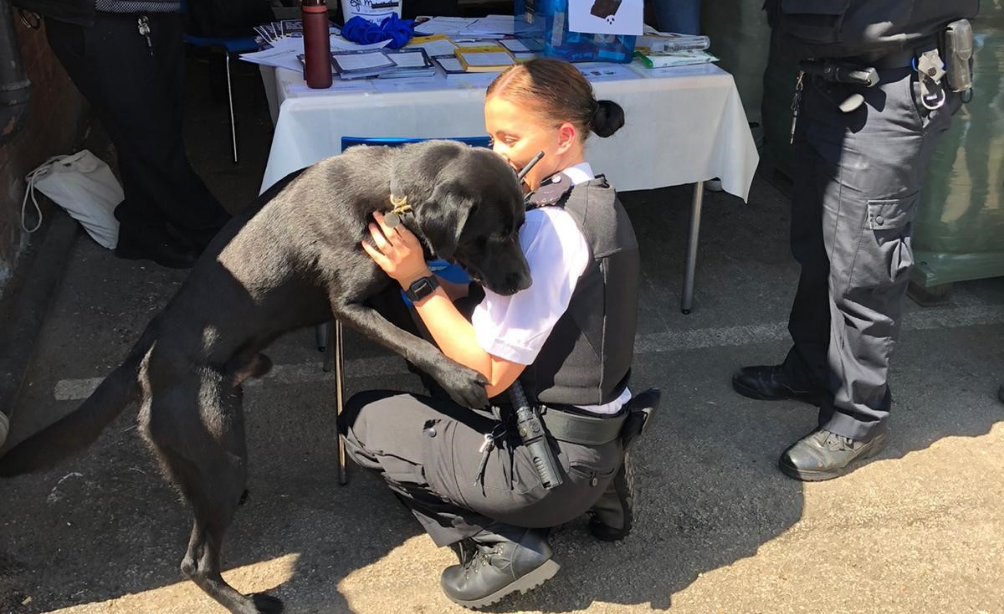 Dogs were first used by Florence Nightingale in the treatment of soldiers in the Crimean War. Today, wellbeing dogs are used by the British and American military in the treatment of personnel with PTSD, anxiety, and depression. There are several UK police forces who also use dogs to support their staff.

“Supporting colleagues with mental health issues is close to my heart,” adds Mike. “Although the Met does a lot to raise awareness amongst officers and staff, I think there can be a lot of stigma attached to opening up about mental wellbeing. It’s ok to not be ok, it’s not a sign of weakness and you can get the help you need. Please don’t suffer in silence.” 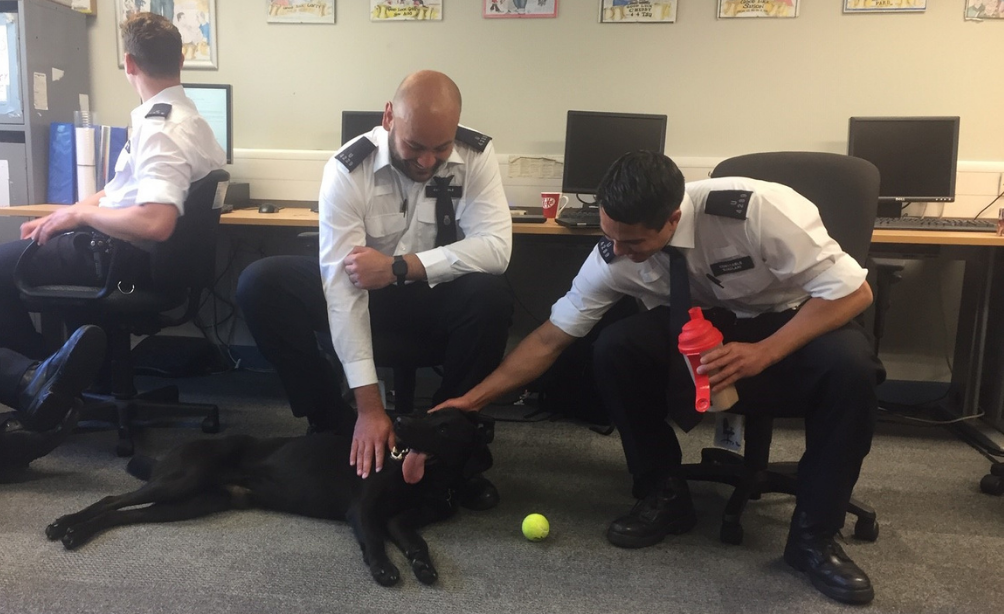