We would like to say a huge thank you to every one of the 22,895 people who provided responses to this survey.

Of note, this survey was conducted during the pandemic and was adapted to include a question set to give an indication of the impact of the pandemic on officers and staff.

The findings of this survey will also be included in the NPCC COVID-19 workforce recovery plan. 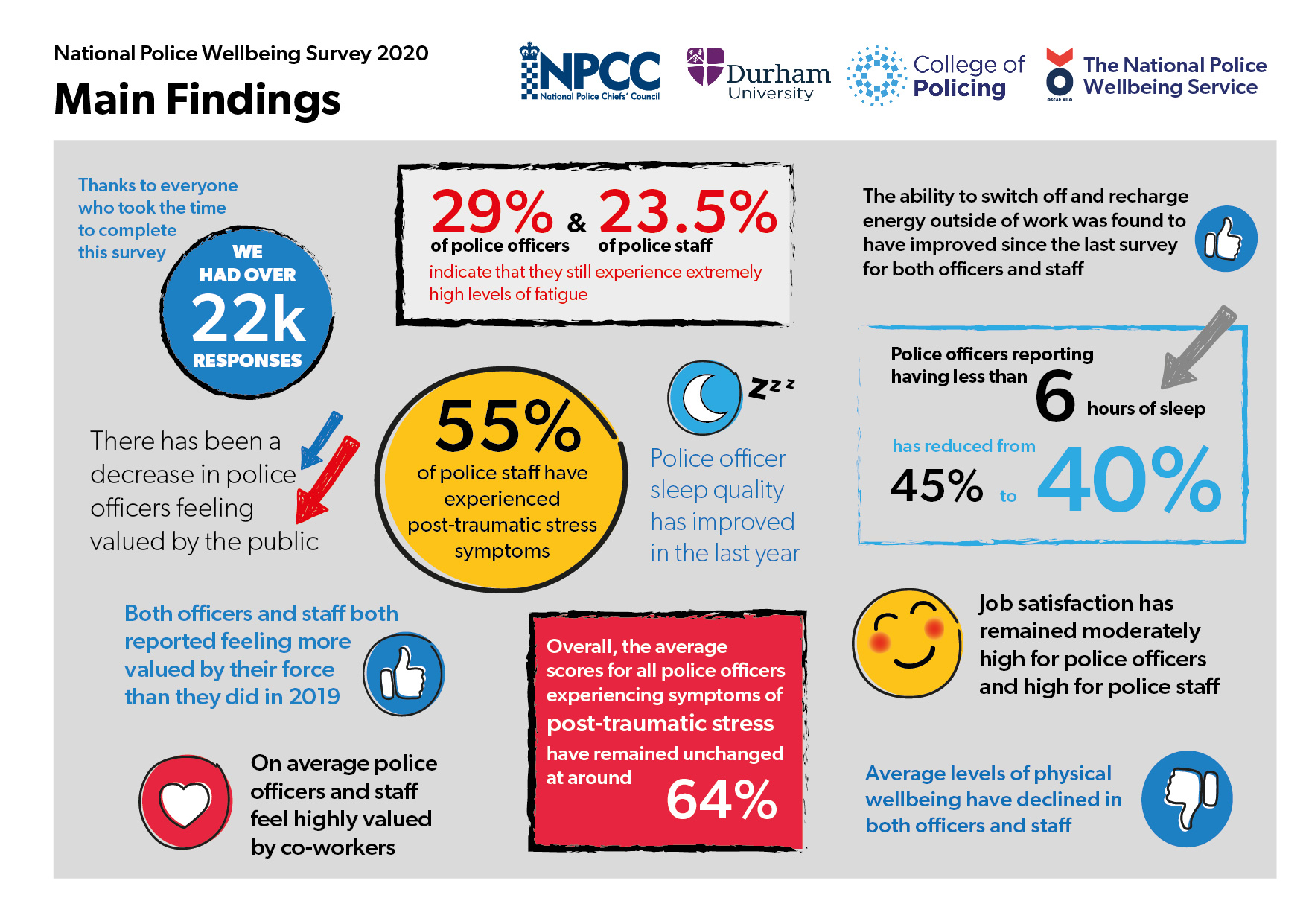 Summary of the key findings

“Over 22,000 people responded to our second survey on wellbeing which, in itself, is a big positive in times when officers and staff are being asked to fill in more surveys than ever before – and we would like to thank each and every one of them for their time.

“The global pandemic has also meant that we have been policing in very different times, but despite the stresses, strains and uncertainty, officers and staff across the country have remained highly committed throughout.

“It’s really encouraging to see that people feel more valued by their forces as well as by peers and supervisors, and that we are seeing improvements in things like the ability to ‘switch off’ after work, and in sleep quality and awareness of self-care.

“Following the results of the last survey, where the issues of sleep and fatigue were loud and clear, we launched several pieces of work including our ‘Better sleep’ webinars with a renowned sleep expert and the initiation of a pilot study into fatigue and shift work – but with the figures still showing us that some are still experiencing extremely high levels of fatigue, there is still more to do, and we will continue to put focus into this area.”

DCC Bernie O’Reilly, CEO of the College of Policing, said;

“We ask our officers and staff to do an incredibly challenging job every day. It’s vital we look after them and importantly understand their needs and that’s why this survey is so important. We will take a hard look at the findings of the survey and then see what we can do to support colleagues further.”

The results of this survey will help prioritise our work at both a national level and in the support we provide to individual forces and there is already work underway to develop services around some of the things which have been raised as issues including:

These online videos will help officers and staff to improve their basic levels of fitness.