Following the tragic sudden death of a colleague, OK9 handler Alice Copley, who knew him well, visited friends and colleagues and many departments with Molly to provide some much needed support.

Alice had worked alongside the officer in a previous role in the police support unit, organising deployments and events together. His untimely death had a massive impact on her and she felt with the help of Molly she could help others who were feeling the same. In the weeks after his death Alice and Molly made some initial visits to his team, during these visits she identified staff in other departments who were also struggling to come to terms with the news, and began to organise visits to see them to talk through their feelings and to have some downtime with Molly.

Feedback from the officers and staff involved was positive, the difference it made to their day when Molly visited, how the mood lightened and how they were able to talk through their feelings has helped them through a difficult time. 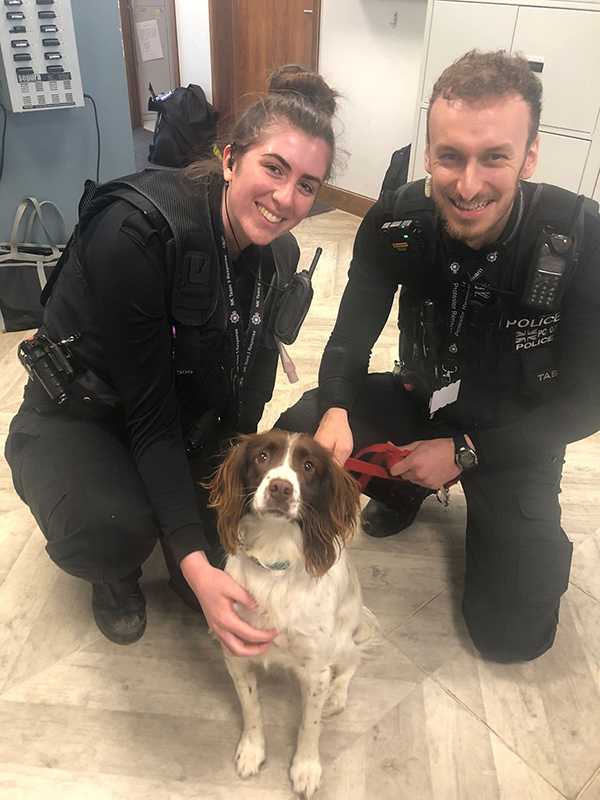